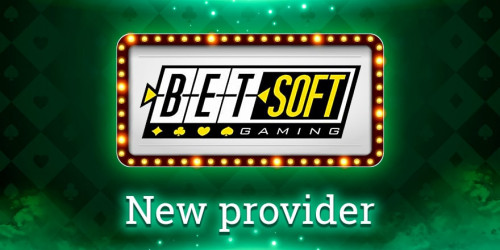 Some game providers not just operate in the iGaming market for a long time but also can serve as an example of a top video slot developer. Betsoft is one of such brands.

Betsoft: an innovator in the world of iGaming

A vivid, bold, and reliable developer that started its activity in 2006. Now, this is a team of professionals: talented 3D animators, game designers, developers, and IT engineers, as well as account managers and marketers.

The brand is constantly improving, introducing new technologies to not only stay at the top of the best providers but also to always go ahead.

Thus, they moved away from outdated 3D slots and introduced the technology of cinematic gambling with colorful and juicy graphics and an engaging video screensaver, which reminds me of epic and modern PC games.

It's not surprising that Betsoft receives awards from reputable regulators regularly. Only for the period 2017-2021, the company received 6 awards: G2E Asia Awards, Migea Malta Games, Media Innovator Award, and others.

Classic slot games fans will appreciate the advantages of this game at once. Jumbo Joker is different from most "fruit" slot machines. Firstly, the player will have to play his bet on two reels with five rows (scheme 3-3x2) instead of the usual five reels with three rows.

Everything is very simple here: three identical symbols pay out winnings, depending on the value of the symbol. Each of these reels has its own set of game icons. All the pictures are good old fruit symbols and joker images.

The slot machine gives you a chance to win 2000 coins per spin by simply scrolling the reels. There are no bonus spins or other features which greatly simplify the gameplay. The Jumbo Joker slot was released in 2017 and continues to delight gambling classics funs.

The slot is created according to the standard modern slot machines template: five reels, three rows of the usual gameplay. As for the technical slot's characteristics, they are as follows:

Of course, there are also wilds. For example, you can get a win of 50,000 per spin for 5 collected images with a golden cat.

But the main slot's feature can be called, of course, a calendar. That is, here every spin is one day. The month changes every 30 spins, and the season changes every three months.

At the same time, each month has a zodiac animal (Zodiac animal) and it can be Gold, Silver, or Bronze, within this month. All these symbols have a multiplier. You can track the current month and the zodiac animal in the Seasonal Wheel game wheel.

Together with it, the players can benefit from the Block Win Combo feature. This is when expensive symbols on different cells appear on the reels at once. Depending on the fullness of the reels, the multiplier also increases and it can reach x10.

A little Mexican fun with crazy vegetables has been prepared for Betsoft players in an incendiary slot. This is a colorful game with a standard scheme of five reels and three rows. The game is made originally: funny characters, a cheerful atmosphere of a festive Mexico, an explosive bonus feature. The slot machine has the following characteristics:

As you may have noticed, there are no paylines. Winnings are paid out in clusters. When winning combinations are formed, the symbols explode, forming a place for new pictures (Avalanche option). The game is charged with positive emotions and gives a lot of chances to win. Those who want to get their opportunities even faster can use the bonus purchase option and bring themselves closer to success.